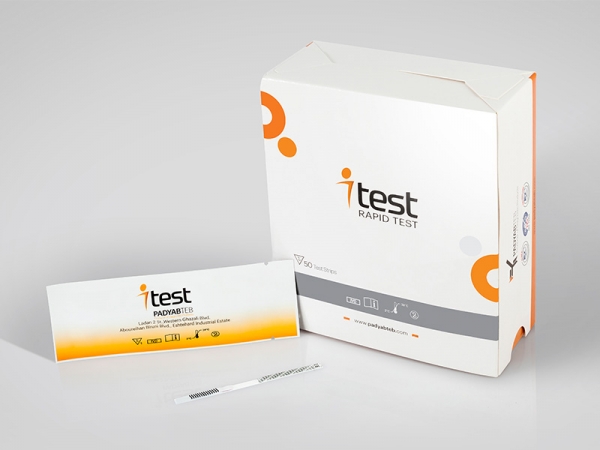 The TML Rapid Test (Urine) is a rapid chromatographic immunoassay for the qualitative detection of Tramadol in human urine at a cut-off concentration of 300 ng/mL.

Tramadol(TML) is a quasi-narcotic analgesic used in the treatment of moderate to severe pain. It is a synthetic analog of codeine, but has a low binding affinity to the mu-opioid receptors. Large doses of tramadol can develop tolerance and physiological dependency and lead to its abuse. Tramadol is extensively metabolized after oral administration. Approximately 30% of the dose is excreted in the urine as unchanged drug, whereas 60% is excreted as metabolites. The major pathways appear to be N- and O- demethylation, glucoronidation or sulfation in the liver.

The TML Rapid Test (Urine) is an immunoassay based on the principle of competitive binding. Drugs which may be present in the urine specimen compete against the drug conjugate for binding sites on the antibody.

During testing, a urine specimen migrates upward by capillary action. Tramadol, if present in the urine specimen below 300 ng/mL, will not saturate the binding sites of antibody-coated particles in the test. The antibody-coated particles will then be captured by immobilized Tramadol conjugate and a visible colored line will show up in the test line region. The colored line will not form in the test line region if the Tramadol level exceeds 300 ng/mL because it will saturate all the binding sites of anti-Tramadol antibodies.

To serve as a procedural control, a colored line will always appear at the control line region, indicating that proper volume of specimen has been added and membrane wicking has occurred.